Home » KECO Sponsors Arrow McLaren SP, Helping On and Off the Track

KECO Sponsors Arrow McLaren SP, Helping On and Off the Track 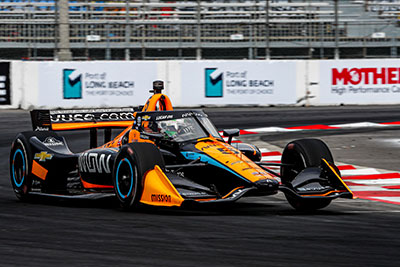 Racing is a constantly evolving sport, but NTT IndyCar Series team Arrow McLaren SP enjoys the continuity of one of the longest sponsorships in the series, as KECO Coatings has been a partner of team founder Sam Schmidt for 25 years.

KECO Coatings uses racing to showcase the technical expertise and resources it brings to its customers and as a mobile laboratory for research and development. For example, KECO applies data gathered on the racetrack to improve its coating processes used on exhaust systems, suspension systems and other racing components, as well as other industries’ applications. The passion for success and intense competition seen in motorsports are directly compatible to the passion KECO displays in business by providing its customers with the most technologically advanced coatings at the most competitive prices possible.

Although the NTT IndyCar Series consists of 17 events, its premier race is the 106th Running of the Indianapolis 500 at the Indianapolis Motor Speedway on Sunday, May 29. Both Arrow McLaren SP and KECO are based in Indianapolis, and KECO also has a production facility in Statesville, N.C. to serve its many NASCAR customers.

Last year both Arrow McLaren SP drivers, Pato O’Ward and Felix Rosenqvist, were in contention at the Indy 500 with KECO decals along for the ride on both O’Ward and Rosenqvist’s Arrow McLaren SP Chevrolets. Last year’s race was the fastest Indy 500 ever run, with an average speed of 190.690 miles per hour for 200 laps around the 2.5-mile oval. 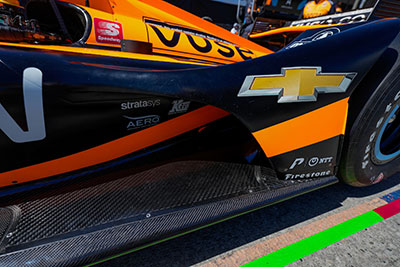 O’Ward qualified 12th and Rosenqvist 14th. O’Ward led 17 laps and Rosenqvist led 14. O’Ward was in contention until the end and finished fourth after attempting a late-race move for second, less than a second behind winner Helio Castroneves. Rosenqvist was in the lead just eight laps from the checkered flag, but needed a late-race caution that unfortunately didn’t come. He had to pit for fuel and ended up 27th in the race, which saw only three of the 33 starters fail to finish.

O’Ward, the 22-year-old driver from Monterrey, Mexico who is in his third full season in IndyCar this year, won two races last year and finished third in the championship. Rosenqvist, a 30-year-old driver from Värnamo, Sweden, had a more up-and-down season and placed 21st overall in 2021.

“We enjoy following the Arrow McLaren SP team in all the IndyCar races,” said Mike Klinge, president of KECO Coatings. “The competition is extremely close, and any number of drivers can win on any given day. Arrow McLaren SP wants to be the very best. We identify with that desire. At KECO we also want to be the very best, and bring our customers the best coatings available.”

“Continuity and loyalty are very important in business and in life,” noted Schmidt. “KECO was one of my partners when I was a driver myself, and they have continued to support this team throughout the years. The management and staff of KECO are a great fit with the Arrow McLaren SP team.”

KECO has been supplying coating processes to the racing and high-performance industries since 1983. For more information, please visit www.kecocoatings.com.